Bruce and Pat Cheadle have been house church leaders since the very beginning. In fact, Crossroads’ very first house church leaders’ meeting was hosted in their own basement, fifteen years ago. As a young church in 2004, comprised of people from all over Grand Rapids, Crossroads’ leaders believed it was important to have smaller, intimate groups where people could get to know each other and become a family. And so, house churches were born.

Bruce and Pat have led a house church ever since that very first meeting.

Over the past 15 years, their home has hosted many different groups of people: in the beginning, it was a large number of young families. The Cheadles’ basement served as a perfect place for the kids to play, under the watchful eye of a babysitter. Their group later shifted into a slightly older crowd, with children who no longer needed to be supervised, and eventually to parents of teenagers.

Right now, Pat says, they have an older group, with the median age of their house church being around 60, although she jokes that she and Bruce throw that average off.

“And Bruce, didn’t we love each group the most?” she asks with a smile.

Although the makeup of their group has changed over the years—and new house churches have even been birthed out of theirs—the format of their evenings has stayed consistent. They always start with snacks and socializing, and then spend a few minutes catching up on the past week. Then, they have a time of worship, where everyone gathers around the piano in the Cheadles’ sunroom and worships with a few songs together. Bruce always encourages everyone to come in close; even when people aren’t confident about their voices, together in their tight circle, their combined voices create a warmth that fills the room.

Worship plays such an important role in their bi-weekly gatherings; jumping into studying the Word—or even into intercession—without worship… feels incomplete, Bruce shared. 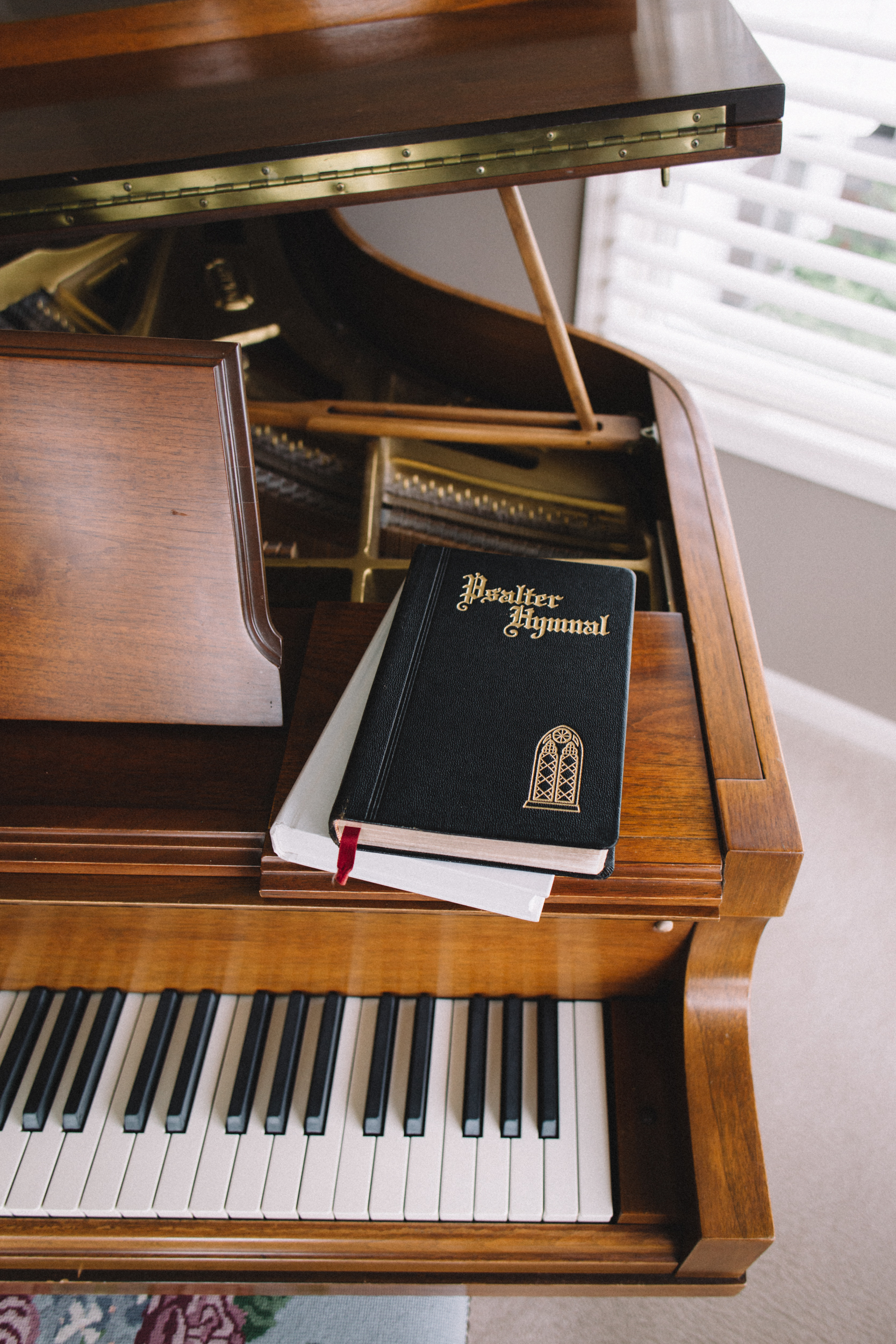 Worship is then followed by a time in the Word, where one of the house church members leads the discussion around the passage of Scripture they’re currently studying. The evening is closed out with a time of prayer, as group members each share needs, requests, or praises, and then lift each other up in prayer.

People are free to go any time after 7pm, but rarely does anyone leave before 7:45, often staying to talk long after their prayer time is over. 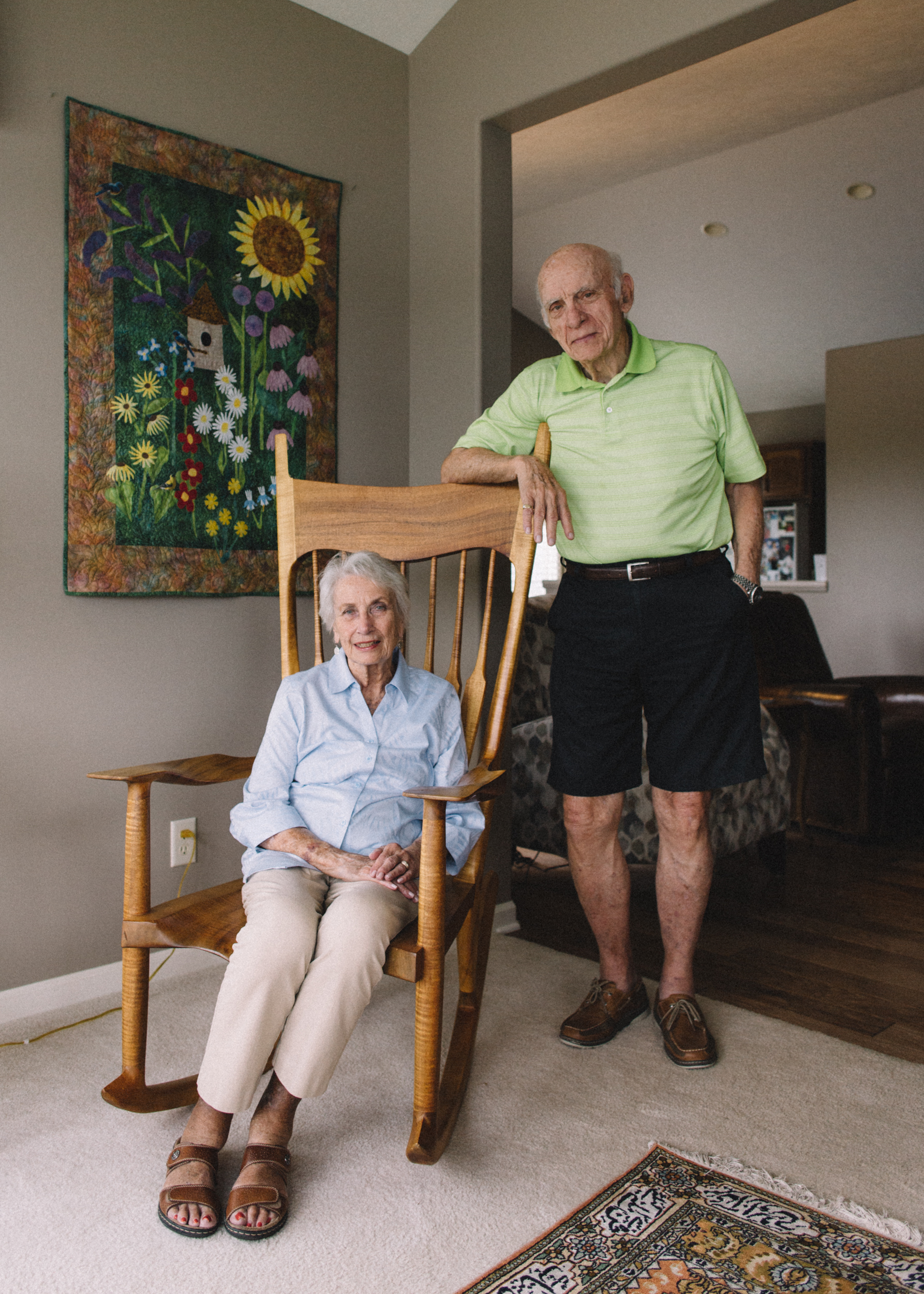 One of the powerful ways that the Cheadles have seen God work, throughout their years as house church leaders, has been in the lives of so many of their group members.

Whenever the Cheadles meet someone new on a Sunday morning, Bruce always makes a point of inviting them to their house church. A few years ago, they noticed a man sitting alone in their row during a Sunday gathering. When he was again there the following week, Bruce introduced himself and told him about their house church. He decided to try it out, but was quiet and withdrawn for the first few weeks.

He had been away from the Lord for 30 years, but over the past few years, Bruce shares, “he has become a brother in Christ.” He has grown in his faith, he has opened up to his house church, and has even started giving back to his community, serving on the boards of several local and international nonprofits.

It really is rich, Bruce says, being able to look back and see the way that God was working in his heart, all starting with a simple invitation to house church. 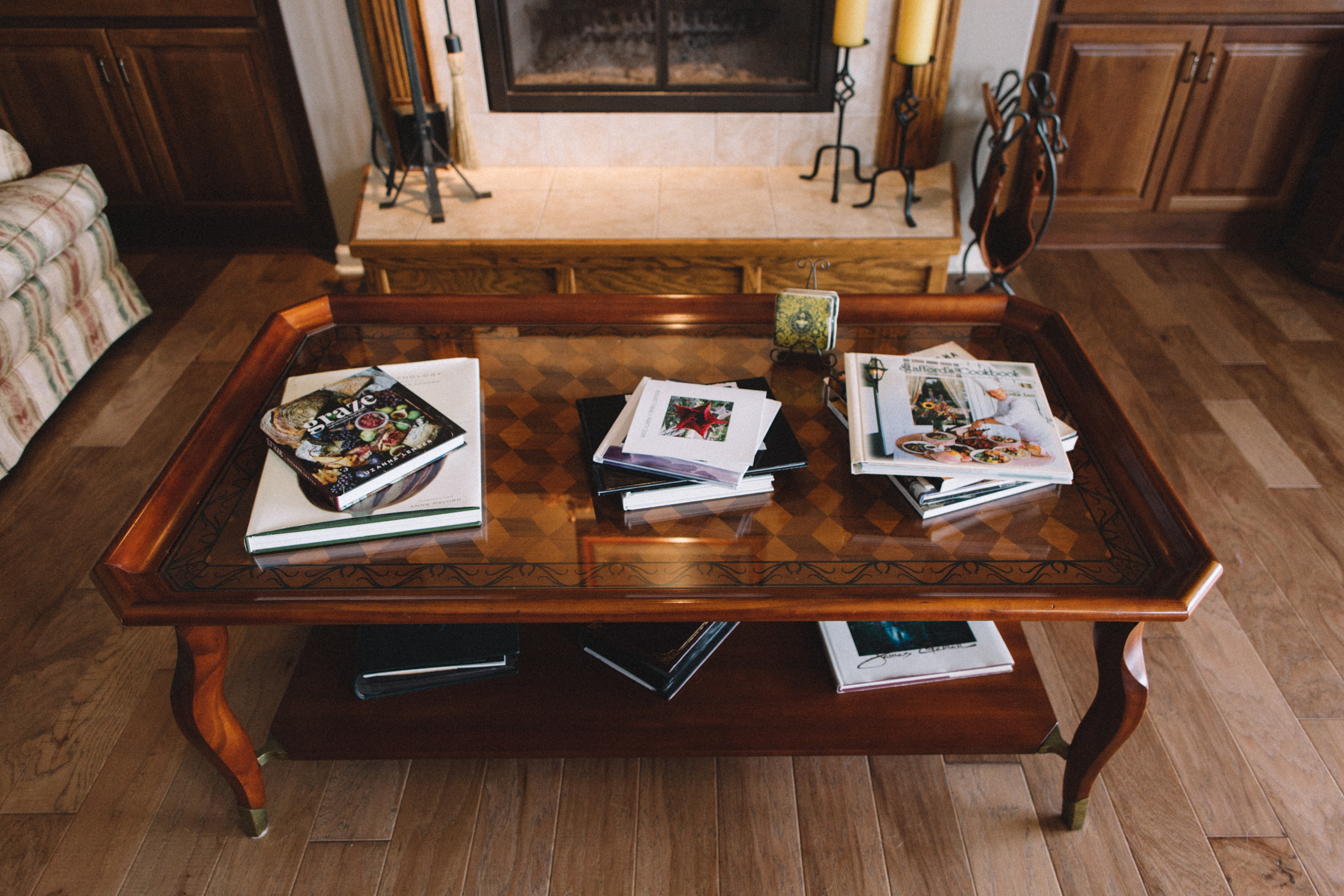 Some of the sweetest, most treasured moments that Pat and Bruce have experienced in their house church have been times spent in prayer over different couples, kneeling around the Cheadles’ coffee table, laying down wounds or sins that they’ve carried for years: times of confession, of weeping, of healing, and of freedom.

“We’ve prayed for a lot of people, kneeling around that coffee table,” Bruce remarks thoughtfully. And the joy in those moments, he says, is priceless.

While Crossroads doesn’t have all of the same needs that it did when it was a brand new church, house churches still play a crucial role. In this growing church, many people hunger for community, and that’s something that can be difficult to find at a weekend gathering.

Bruce and Pat have even seen this desire for community in the past several family meals they’ve hosted at their house. At their last meal, guests arrived at 10 am for brunch, and no one started leaving until 1:15! They were all strangers when they came through the door, with seven different area codes represented in the room. But, by the end, they had made meaningful connections with each other, just from a few hours around a table together.

House churches provide that same opportunity to create those close, lasting bonds.
But, they usually take work to get there. Sometimes, people join a house church and connect almost instantly with one another, but often, it takes one or two years before those relationships truly become vulnerable and open, Pat says. Sometimes, you even have to try out a few house churches before you find a group of people that you fit with.
And it’s often a risky and scary thing: joining a group of perfect strangers and allowing yourself to be known by them. But, as you spend time in the same small circle of people, month after month, praying with them, learning their stories, opening up about your own brokenness, you become a family. 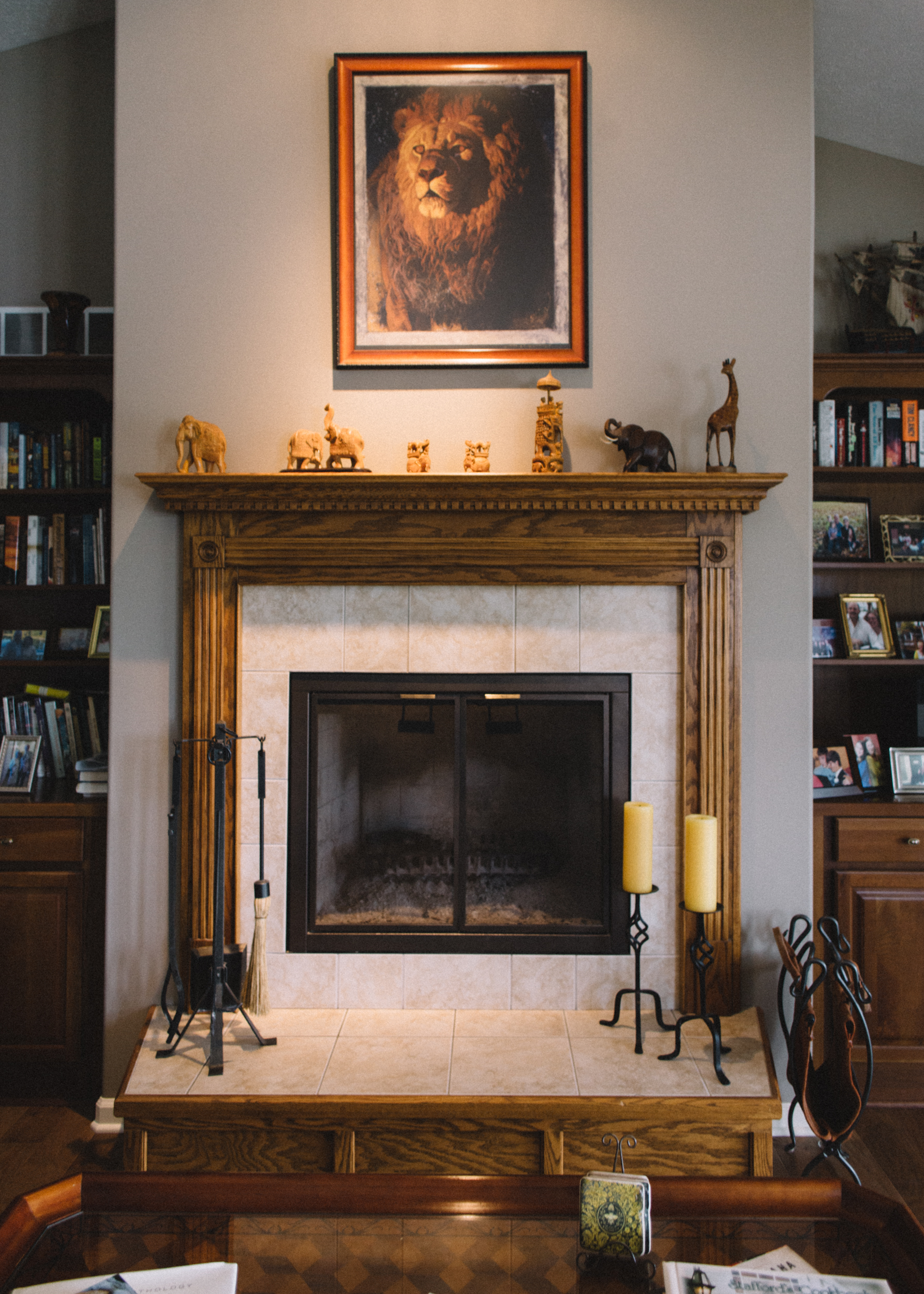 When asked what the hardest part about leading a house church is, Bruce responded, “I don’t think there’s anything hard about it; it’s a joy!” Shepherding hasn’t been difficult for the two of them. The only challenging part, he says, has been the act of hosting, especially for Pat. It’s particularly been a challenge, over the years, never knowing how many people would come on any given night. But even then, regardless of whether 2 people show up, or 12, there’s never been a person who comes through their door that they weren't glad was there, Pat shared.

Bruce and Pat have also gone through many deep, physical challenges over the years, which has put a strain on them, and made hosting house church difficult at times. “We usually manage to keep on keeping on,” Pat laughs, but they finally feel like their time as house church leaders has come to an end. So, the Cheadles have decided to retire, after 15 straight years. They have loved leading their house church, but feel like it’s time for them to pass the baton on.

Although Bruce and Pat will no longer have an active role in Crossroads’ house churches, they have left an indelible mark on them. There are countless people who will forever be impacted by their earnest prayers around the coffee table, worship around the piano, discussions in their living room, and the open, welcoming atmosphere of their home. Children were dedicated into their house church, people were baptized, new house churches were birthed out of theirs, families on the West side were blessed by them at Christmas, and group members had the chance to grow in their faith, alongside a family of other believers.

There since day one, the Cheadles leave a legacy with them that will impact house churches for years to come.