During our team's time in Jordan, we were able to serve alongside Global Hope Network, Crossroads’ global partner in Amman. We spent much of our time in Jordan visiting the homes of refugee families living within the city: sitting with them and hearing their stories. 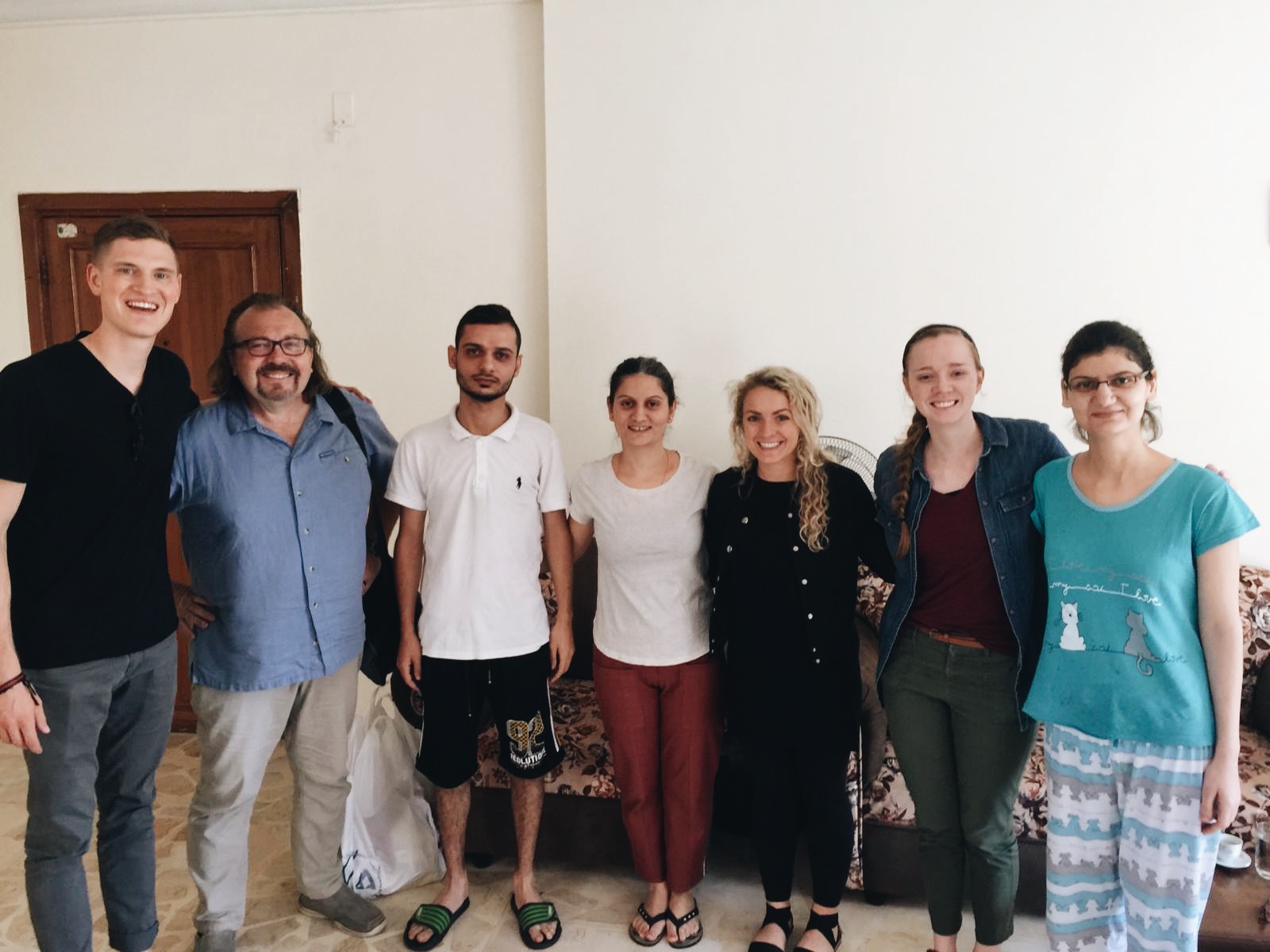 One of the first families we were able to visit (pictured above) was made up of four adult siblings who had, together with their father, fled from Iraq to Jordan. One sister was a lawyer, another a doctor, with a younger brother who was a dentist. Their other sister hadn’t had the same opportunities as her siblings, because the Kuwait war had started while she was in school, and wasn’t able to complete her education. She’s currently taking English classes while in Amman.

Their family is originally from the area around Mosul, which has historically been home to a large community of Christians in Iraq. Several years ago, when this area was invaded by ISIS, most of the Christians living there fled for their lives, taking nothing more than the clothes on their backs.

While many others fled as ISIS drew near, the sister who was a doctor stayed, because she was the only doctor left in the hospital she worked at. When she finally did flee to safety, she joined her father, who crammed 16 people into his 5 person car, desperate to help anyone he could. Together, they fled to the Kurdish region of Iraq, which is normally a 1 hour trip, but took them 20 hours, because they eventually were forced to abandon their car and travel on foot.
They left with barely enough money to survive for a few months.

Fleeing their home was the first time these siblings had ever seen their father cry. He was a farmer, and felt deeply connected to their family land, so the act of leaving it (likely forever) crushed him.

In tears, when the eldest sister told their story to us, she admitted, “We know we are very lucky (compared to many people). But it's still very hard.”

They miss having a community: a group of people around them who know them, love them, and they know they can be safe around. And they miss being able to use the skills and abilities they've worked so hard for.

Refugees aren't allowed to work in Jordan, so they're all completely dependent on aid from nonprofits or from relatives in other countries. I can't wrap my head around how debilitating that must be: to be as incredibly skilled and intelligent as these siblings, but be absolutely powerless to provide for your family. 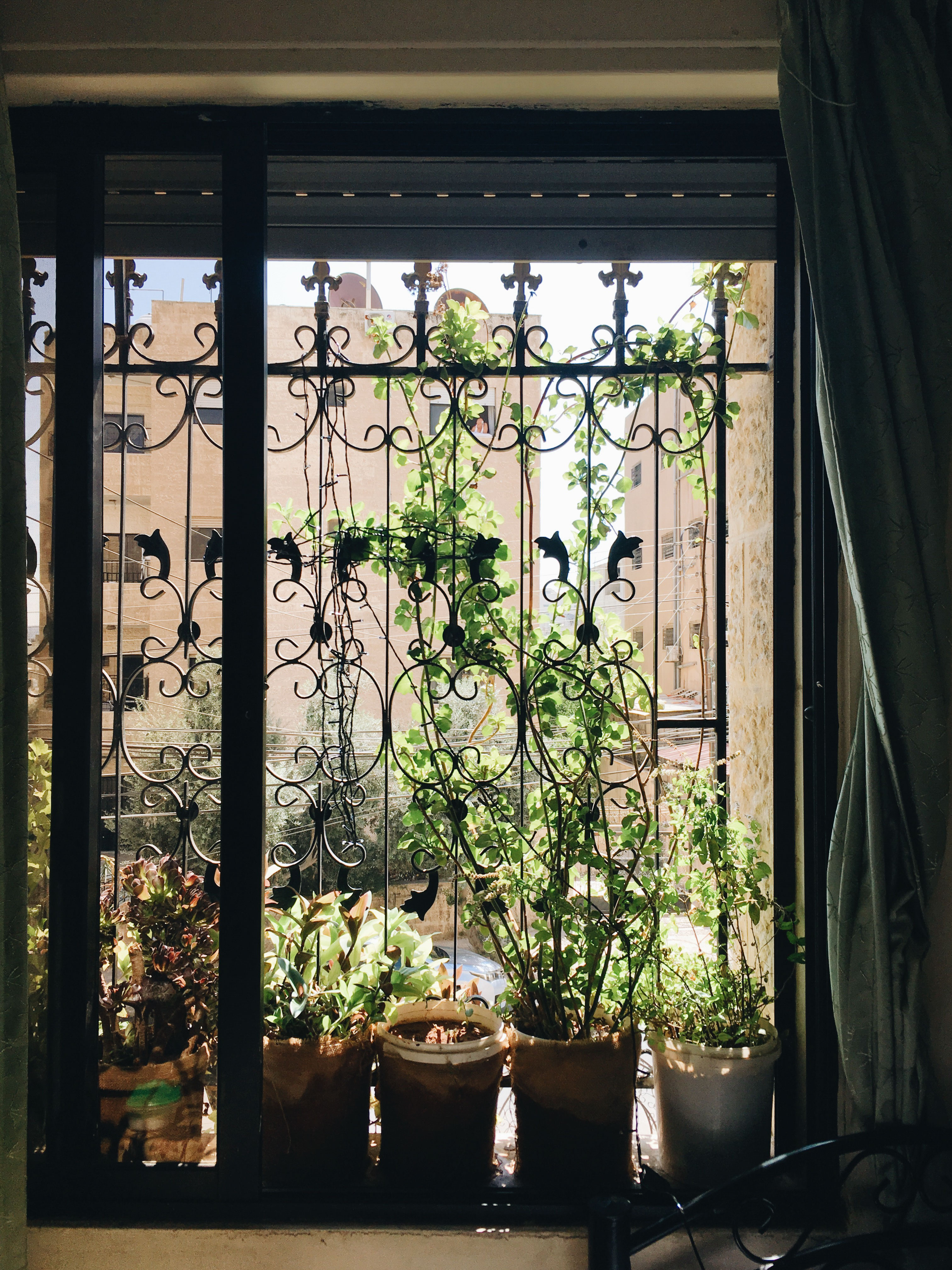 Even in the midst of this, there are tiny glimmers of hope and beauty. All of the siblings are still farmers at heart, and their apartment is overflowing with life: beautiful green plants climbing out of every open window, each one carefully tended to. Little bits of life blooming in the middle of brokenness.

During our visit, Rami, who is on staff at Global Hope, asked the brother (Karam) if he would ever be interested in volunteering at their dental clinic. Global Hope’s community center, the House of Ruth, offers medical and dental clinics several times a week. Iraqi doctors and dentists (often refugees themselves) volunteer to provide free medical care to people living in that community. The clinic’s last dentist had left a few months earlier, and they hadn’t been able to find anyone to take his place since then. 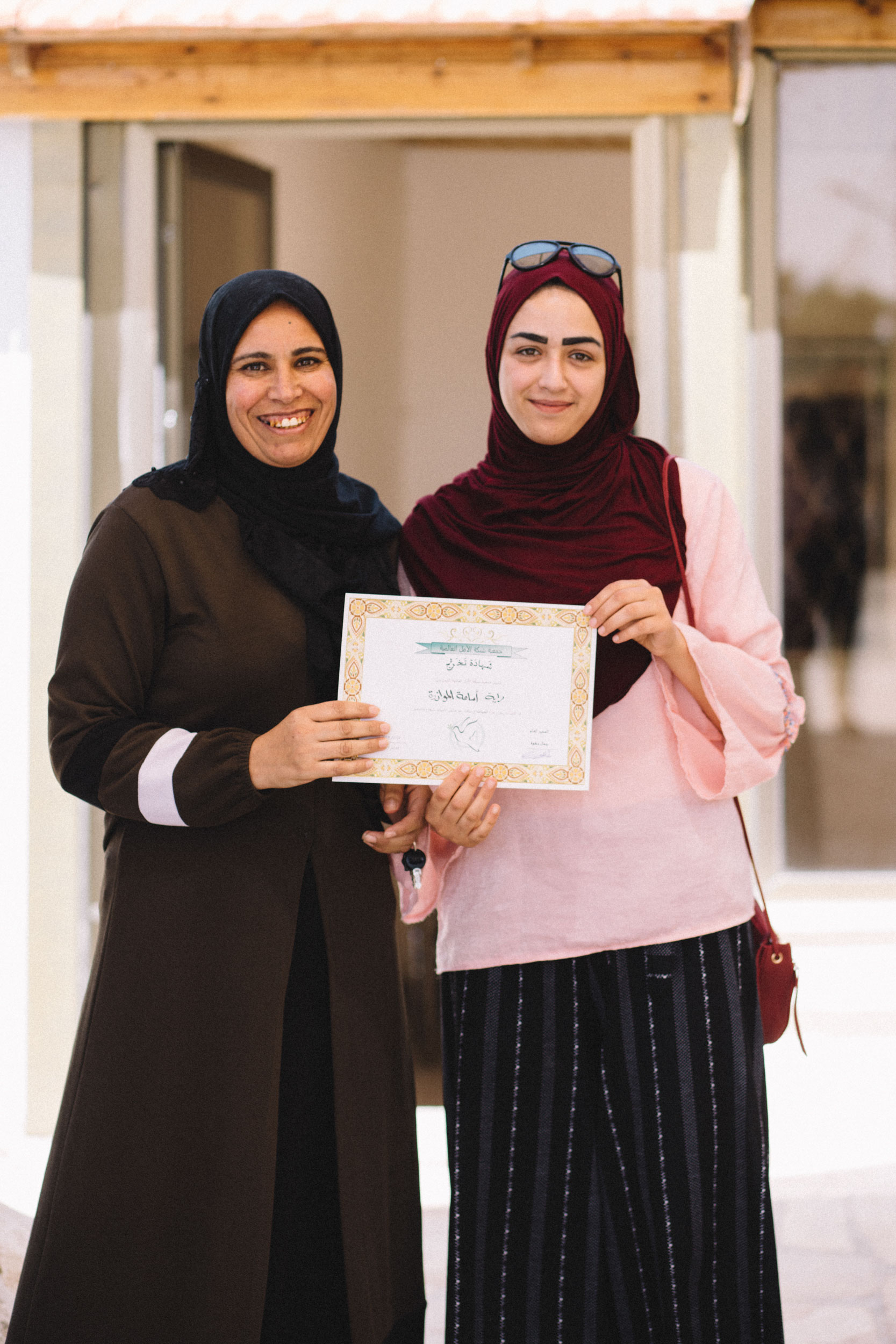 A few days later, our team was able to visit the House of Ruth ourselves! In addition to the free clinics, the center also helps equip women in the local community with marketable skills through sewing, mosaics, computer, and English classes. These classes are all taught by people who live in the town of Madaba, where the center is located.

The day of our visit, the latest sewing class was graduating, so we had the honor of attending their graduation ceremony! 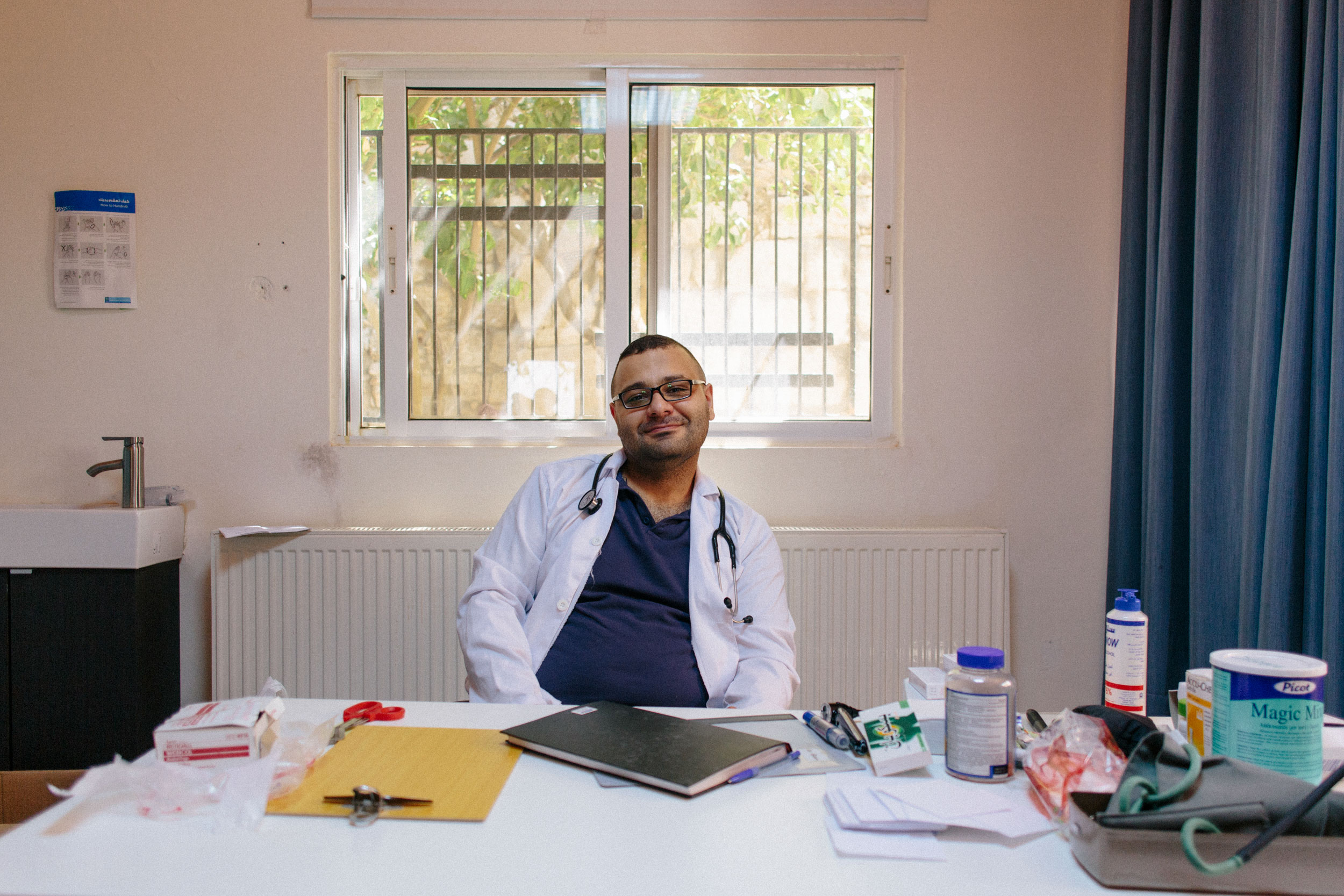 We were also able to visit the dental and medical clinics within the center, where we met Dr. Fadi, who helps run the medical clinic. He and his family are also from Iraq, and have been in Amman for five years. They've been in Jordan for so long that they're starting to lose hope that they’re ever going to be approved to leave the country.

“I don’t know if we’ll ever have a home here on earth,” he said to us, “but I know we have an eternal home.” 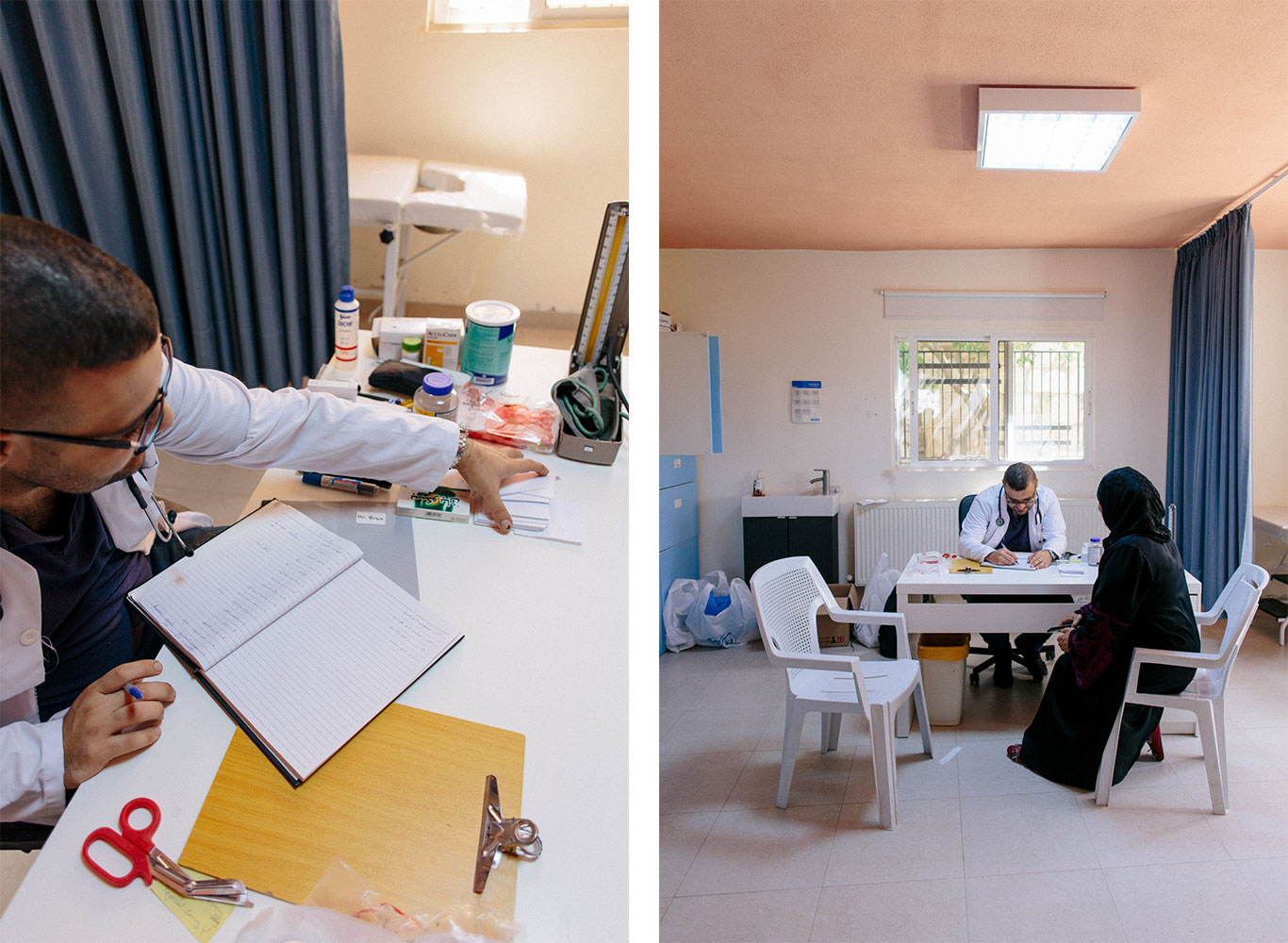 We also happened to be there on Karam’s first day at the dental clinic!

By the time we got there, Karam had already seen all of his patients for the day, but Rami actually had been experiencing some tooth pain, so Karam offered to take a look at his teeth while were there! This made for some entertaining photo opportunities as Rami nervously squirmed in the dentist's chair.

It was so encouraging to see that Karam now has a way to use his dental skills while living in Jordan. And, though he's not allowed to work, he is able to get a monthly stipend for his volunteer work at the clinic, which should at least slightly ease his family's financial burden. 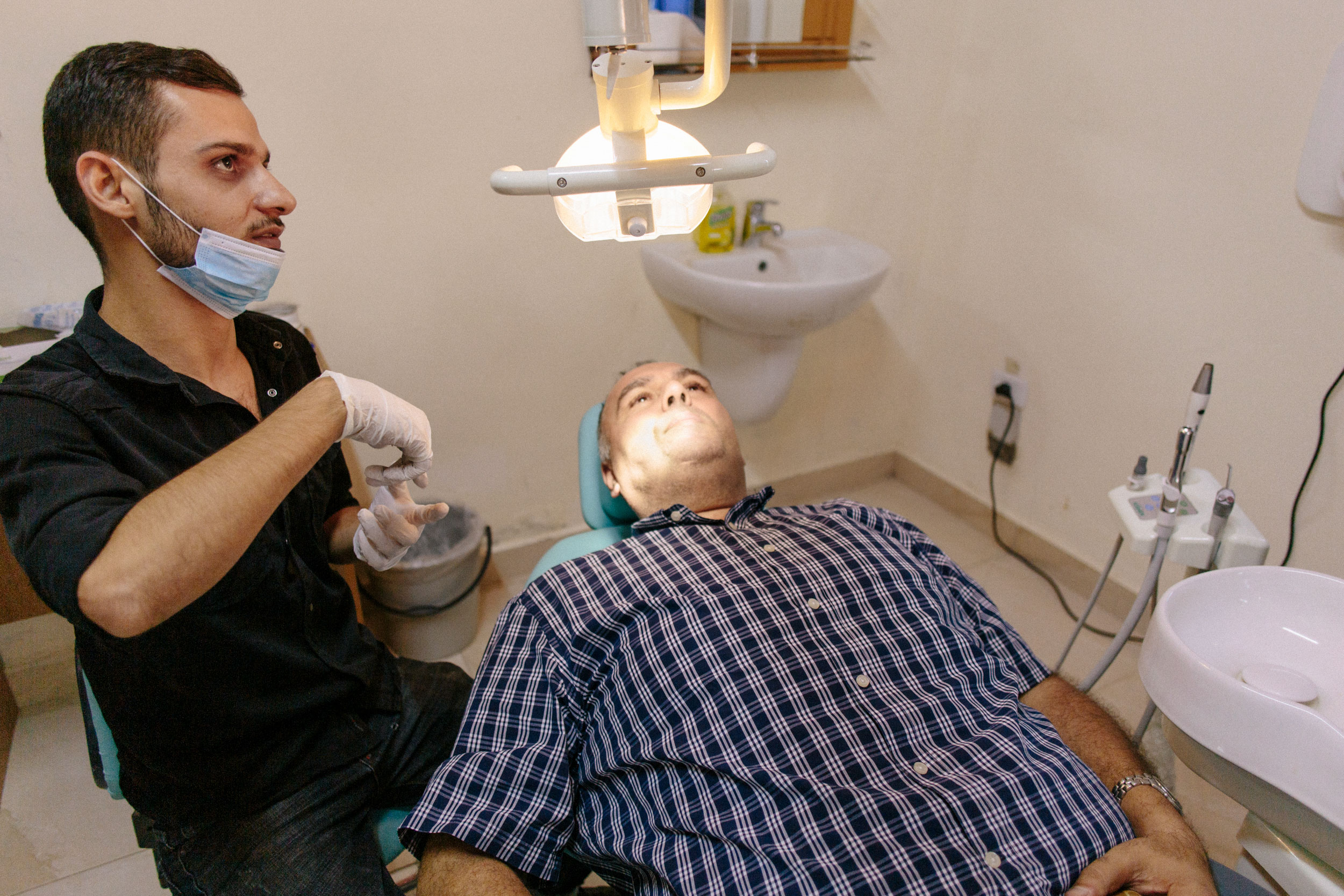 Even in the midst of brokenness, God is moving.

I see it in Dr. Fadi, whose incredible faith and hope in God humble me: his willingness to follow Him, even if it means never having a home here on earth. I see it in the way that family of siblings carefully tended to the plants in their home, bringing life and beauty into a dark place. I see it in the House of Ruth, the way it equips the women of Madaba for the future, and the opportunities it provides to refugee doctors like Fadi and Karam.

In the midst of brokenness, God is moving.

The summer, we will be heading back to the Middle East to serve alongside Annie Ostrander as she works with refugees living in Lebanon.

If you would like to learn more about this short term trip, there will be an informational meeting on March 15 at 11am in the Upper Room South! You can also email  for more info!